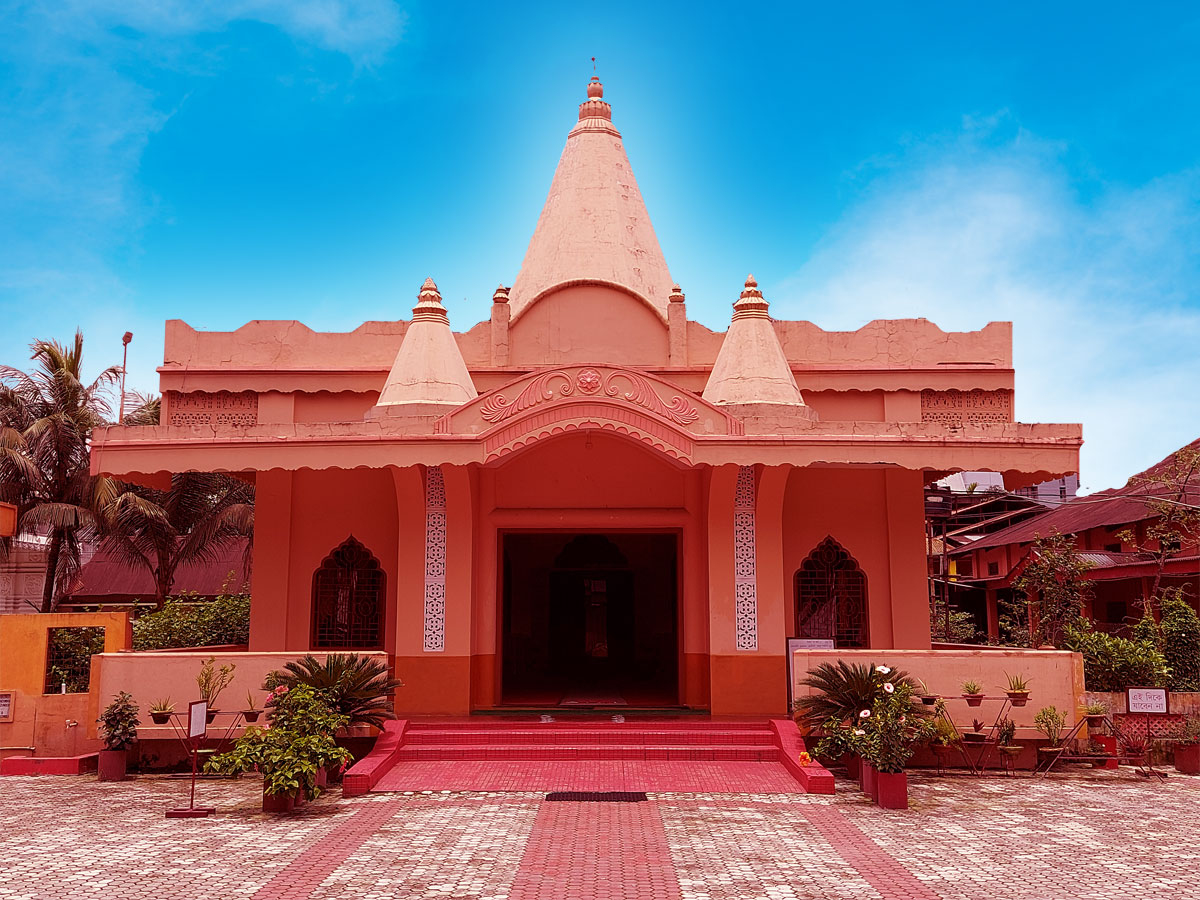 A group of people inspired with the ideal of service preached by great Swami Vivekananda established Sri Ramakrishna Seva Samity, Dibrugarh in the year 1928 with the motive to educate marginalised kids by opening Night School. The Night School was started in a rented hut then situated at the very place where the present “RANGGHAR CINEMA HALL” stands. Later on in the year 1935 it was sifted to Shantipara Puja Mandap and activities like Charitable Dispensary, Lower Primary School along with Night School were run.

The celebration of the Birth Centenary of Sri Ramakrishna in the year 1937 was the break through point in the history of Sri Ramakrishna Seva Samity, Dibrugarh. For the first time this attracted the attention of people, particularly young men to actively participate in its service-activities. These were the days of Small Pox, Cholera & Typhoid epidemics. Young men were organised into groups of volunteers. One group used to attend the sick and afflicted families suffering from these epidemics and another group was engaged in cremation of the unclaimed dead bodies of the then Medical School Hospital and of destitute families.

Late Nandeswar Chakraborty a gentleman of Dibrugarh noted for his benevolence and generosity donated one Bigha of land in the year 1936, at Purnananda Road, Dibrugarh where the Ramakrishna Mission, Dibrugarh now stands. At first a small temple along with two tin-roofed houses were constructed at site. In 1937, the Seva Samity was permanently shifted to the above site. In the year 1942-43 the Seva Samity started a student Home in one of the houses already constructed. In-1959 another One Bigha of land was donated by same person towards the north of the plot. 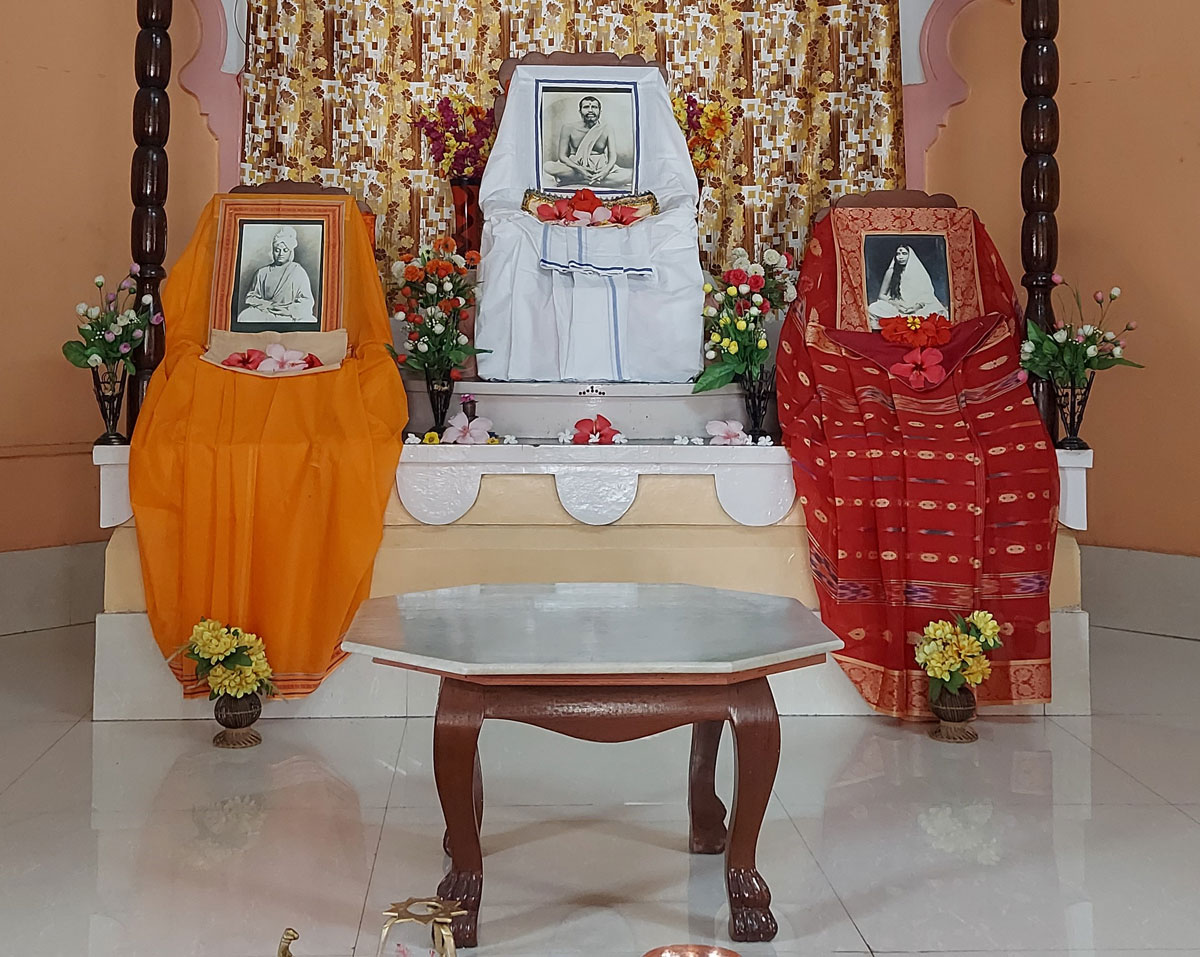 "VIVEKANANDA HALL" an auditorium to hold meeting etc. was constructed in the year1961. Another piece of land measuring 3 Katha and 2 Lessas contiguous to the present premises was purchased in the year 1965 from successors of Late Nandeswar Chakraborty. To accommodate increasing number of devotees the present temple was constructed. It was consecrated by Srimat Swami Gambhiranandaji Maharaj the then President of Ramakrishna Math and Ramakrishna Mission on 23rd March, 1986. Another piece of land in the year 1996 measuring1-Katha, 5 Lessas contiguous to the Southern site of the campus was purchased for extending the existing charitable Dispensary of the Seva Samity.

In order to systematically organise and manage the gradually increasing activities of the Seva Samity it was registered in the year 1954-55 under the Registration of Societies Act. XXI of 1860. A youth wing of the Seva Samity namely "Videkananda Yuvak Sangha" was formed from September'95 as per the instruction of Rev. Swami Gahananandaji Maharaj, the then Vice-President of Ramakrishna Math and Ramakrishna Mission, Belur. The following activities were performed by the youth wing: Celebration the National Youth Day, Saraswati Puja, Free medical camps in remote villages, Book Sale, Library, Relief during natural calamities and Anna Khetra for poor people on every last Sunday of the month since 12-1-97. Yoga classes and Art class was also started in the year1993. A Nursery School of little kids is being run by the Seva Samity since 2001 with nomenclature of "Maa Sarada Kindergarten School".

The Annual conference of “Uttar Purbanchal Ramakrishna Vivekananda Bhav Prachar Parishad" was held at the Seva Samity premises for the year 1988, 2001 and in 2010. Meetings, discourses etc. were also held whenever monastics visited the Seva Samity premises. The Seva Samity has the pride to mention that since its birth in the year 1928 a huge number of monastic dignitaries including the Presidents, the Vice President of Ramakrishna Math & Ramakrishna Mission have sanctified this Ashrama by their holy visits. It is worthwhile to mention that apart from the monastic dignitaries, many distinguished persons such as Mahatma Gandhi, Chief Justice of Calcutta High Court visited this Ashrama.